Today we explore more of our universe by visiting famous observatories around the world!

As a kid, I’ve always been a fan of visiting observatories. In Amsterdam, we would go to the ARTIS Zoo with school quite often, where we would watch a show in the ‘Planetarium’ about the stars, constellations and space travel. One day, Dutch astronaut André Kuipers even did live commentary here, I will never forget it, so cool!

Are you a lover of all things space as well?

Then here are 5 of the most unique observatories around the world that you can visit and where you can peer through a telescope and look far back in time!

OBSERVATORIES AROUND THE WORLD

The Royal Observatory in Greenwich is one of the oldest modern observatories in the world. While it’s no longer a working science center, you can visit the museum and attend talks, activities and workshops. You can also attend a show at London’s only planetarium.

You might know Greenwich for the ‘prime meridian’, the zero degree of Longitude and Greenwich Mean Time as calculated here. Next to the Royal Observatory, you can snap a picture of yourself standing on both sides of the meridian!

Teide National Park is the biggest park on the Canary Islands in Spain. It has a unique landscape of craters, volcanoes and rivers of petrified lava, which already make you feel like you’re on the moon! It might come as no surprise that the Canary Islands, along with Chile and Hawaii, is one of the three best spots on Earth to observe the sky.

The Teide Observatory is the largest of its kind in the world and began to operate in 1964. It focuses on solar observations and robotic astronomy and is home to many solar and nocturnal telescopes, owned by different European countries. You can visit it on a guided tour with a maximum of 15 people at a time, as of course work is being done here all day.

In 2013, the Starlight Foundation, which works to preserve clear night skies, named Teide National Park both a “Starlight Reserve” and a “Starlight Tourist Destination,” thanks to its pristine night skies and ideal stargazing conditions. Laws exist on the island to control light pollution and flight pathways, in order to ensure perfect stargazing for visitors and astronomers.

The Jantar Mantar monument in Jaipur is a collection of 19 architectural astronomical instruments, built by the Rajput king Sawai Jai Singh II and completed in 1734. The king was an avid astrologer and built five different observatories around North India, with the Jantar Mantar being the biggest. The observatory was only functional for seven years though, as the Maharaja was not very successful in deriving accurate, astronomical observations.

Some of the more important instruments at the observatory are the ‘Vrihat Samrat Yantra’ (the world’s largest sundial), the ‘Hindu chhatri’ (small cupola, used as a platform for announcing eclipses and the arrival of monsoons), the ‘Yantra Raj Yantra’ (a 2.43-metre bronze astrolabe, one of the largest in the world, used only once a year, calculates the Hindu calendar) and various other geometric structures with astronomical devices to probe the universe.

The term ‘Jantar Mantar’ is derived from the Sanskrit terms ‘Yantra’ and ‘Mantra’, meaning ‘instruments’ and ‘formula’. The term ‘Yantra’ was then replaced with ‘Jantar’ which means ‘magical’.

The skies of northern Chile are considered the best in the world for astronomy. With more than 300 clear days per year and with little or no light pollution, conditions are ideal for stargazing under open skies!

There are also over 30 observatories open to visit, for most you need to fill out a form and register (well) beforehand. Remember also that most observations are done only with clear skies and favorable weather conditions. Peak season is October to March and warm clothing is advised on outside visits.

Why not visit: Alma (the world’s largest astronomical project set on the ground), Ckoirama (the first observatory built by Chilean engineers), Cielo Sur (family friendly, tours in Spanish, English or French), Pailalén (a mix of stargazing with wine pairing and gourmet cuisine), Yepún (learn about the Mapuche cosmovision through their guided nighttime visits), La Silla (the most productive astronomical center in the world), Cerro Calán (family friendly viewings and kids activities), Roan-Jasé (astronomical and geological tours guided by professionals in the middle of flora and fauna, including overnight camping) or El Pangue (Chile’s largest public telescope).

MAAS is Australia’s Museum of Applied Arts and Sciences and their venues include Sydney’s Powerhouse Museum, Sydney Observatory and the Museums Discovery Centre. Each of these venues demonstrate how technology, engineering, science and design impact Australia and the rest of the world.

The historic Sydney Observatory was built in 1858 on Observatory Hill in The Rocks, next to Sydney Harbour. It is now a working museum where you can visit at night to observe the stars and planets through a modern 40 cm schmidt-cassegrain telescope and a historic 29 cm refractor telescope. This is the oldest Australian telescope in regular use.

At the observatory, you can also visit regular exhibits and events during the day, as well as paying a visit to their 3-D Space Theatre and planetarium. Learn about aboriginal astronomy all the way to space exploration. Admission to the museum and gardens is free. Don’t miss the time ball all the top of the building drop at 1pm everyday!

If this article has piqued some of your interest in our stars, then you definitely need to add one of these amazing world observatories to your bucket list! Let us know which one is your favourite.

Love space? Then we recommend checking out these articles on our website:

Looking for fun Space Gifts? Check out our shop: 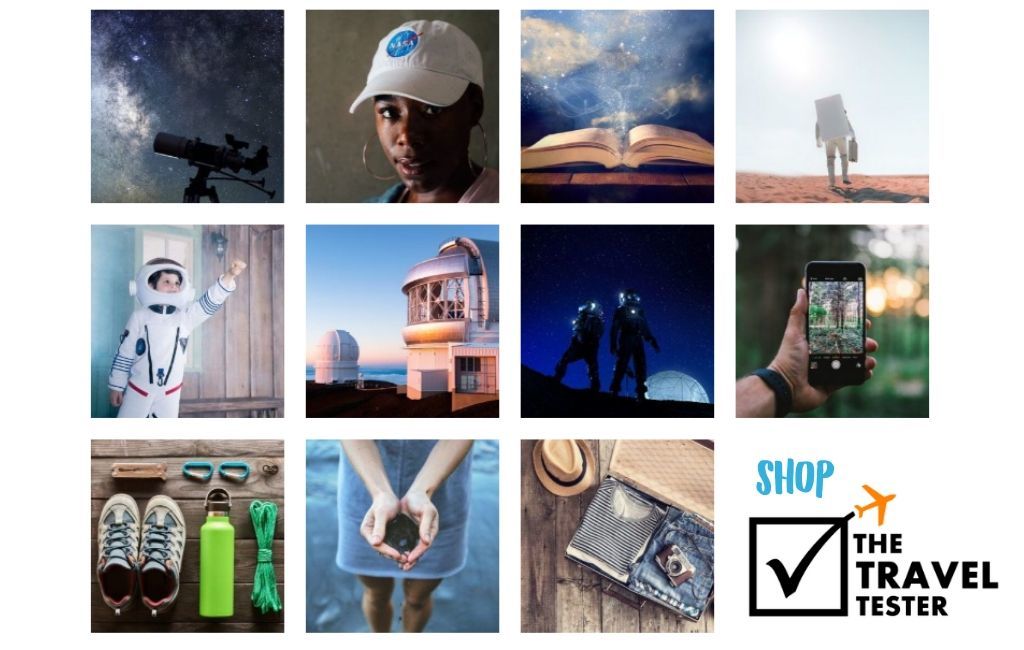