Join The Travel Tester in search for great hotspots around the world. This week, we'll visit Kashiwa, inside Shibuya Hikarie in Tokyo, Japan!

When we were exploring the Shibuya neighbourhood, Nick’s eye got this amazing skyscraper called “Shibuya Hikarie”. Of course, being an architect, we had to go and explore it! Inside, we found lots of shops with clothing way too small for us tall westerners, but there was also a small food court on the 7th floor that presented itself at exactly the right time!

While there weren’t many places with English signage, we just queued up for the restaurant that looked the most attractive and waited on what would happen. Well… this: 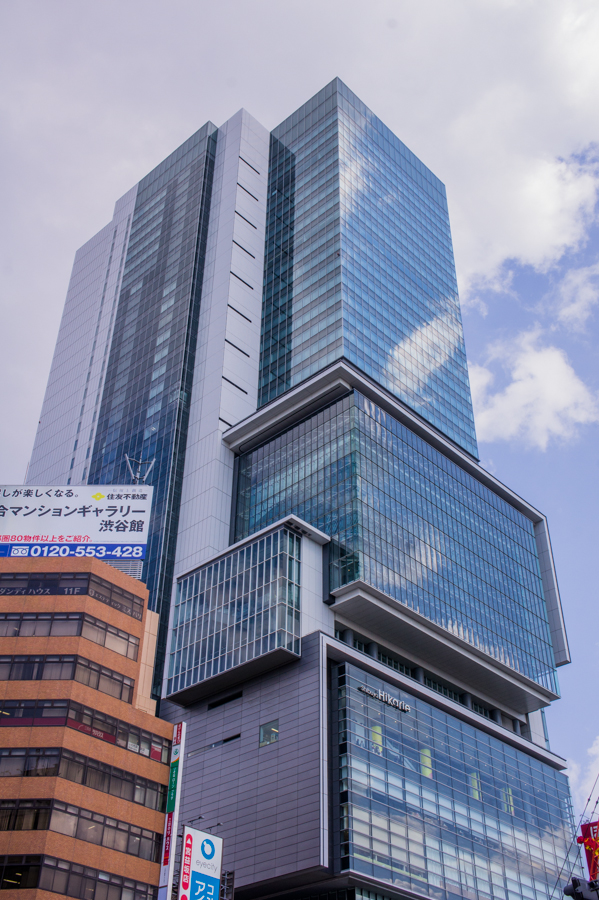 We were told to have a seat at the waiting bench before the shop and were given an English menu, pfew!

Once inside, we had to take of our shoes and take a seat at one of the low tables with a hot plate on them. Your feet would go into the ‘hole in the ground’, so it was actually comfortable to sit as well.

We later found out that this restaurant is called a “Teppanyaki” restaurant. This is a style of Japanese cuisine that uses an iron griddle to cook food. The word ‘teppanyaki’ comes from ‘teppan’, which means iron plate, and ‘yaki’, which means grilled, broiled, or pan-fried. One of the dishes that is served in this restaurant is Okonomiyaki, which we wrote about before.

Once we made sense of the menu (they were mostly set meals where you get a soup and either noodles or okonomiyaki), we were ready to dig in. Well, some things had to be cooked on the plate a bit. We weren’t quite sure what to do, but just peeked at other people sitting around us and copied whatever they were doing.

For a restaurant in a mall, we can honestly say that we were pretty impressed. The fact that we were the only foreigners here already showed that the food is good enough for the locals and the whole atmosphere was relaxed and cozy. Just another example why you should just go with your gut and step inside a restaurant, even if you don’t think you can read the menu or that people will understand you if you don’t speak the language -because they will and you will have a great time!

Location: In the Shibuya Hikarie building (7th floor, there is also a food court on the 6th floor): 2-21-1 Shibuya, Shibuya-ku, Tokyo, Japan

Order: We ordered a set lunch, Nick with noodles and I with Okonomiyaki. The English menu’s helped a lot!

Disclaimer: Everything paid from our own pocket.